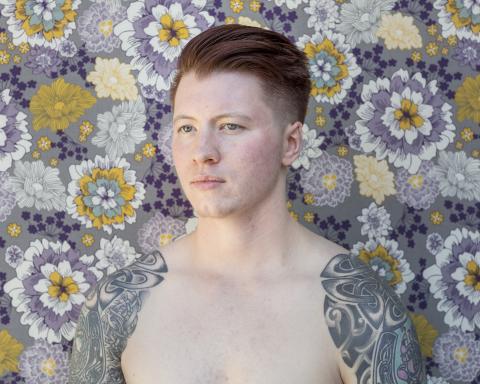 Amy Elkins is a visual artist primarily working in photography whose work explores the multifaceted nature of masculine identity as well as the psychological and sociological impacts of incarceration.  Her approach is series-based, steeped in research and oscillates between formal, conceptual and documentary.

Elkins received a BFA in Photography from the School of Visual Arts in New York City.  She has been exhibited both nationally and internationally, including at The High Museum of Art in Atlanta, GA; Kunsthalle Wien in Vienna, Austria; the Center for Creative Photography in Tucson, AZ; the Minneapolis Institute of Arts; North Carolina Museum of Art; among others.  Her work has been featured in numerous publications including Aperture, Harpers, Newsweek, New York Times Magazine, PDN and Vice.   She received the Lightwork Artist-in-Residence in Syracuse, NY in 2011, the Aperture Prize and the Latitude Artist-in-Residence in 2014 and The Peter S. Reed Foundation Grant in 2015.

This lecture is supported by the Sandra Garrard Fund for Recent Trends in Contemporary Art.


For more information contact: AnnieLaurie Erickson via email to aerickso@tulane.edu