Do Protests Matter?: A Discussion of Current Protests Across the World “Student Live” 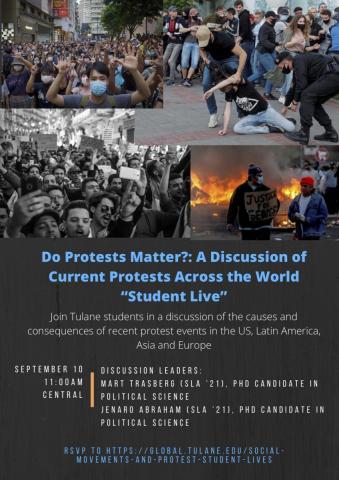 Protests make headlines all the time. In the past weeks, protests against the dictator in Belarus have been capturing attention in the world media. Citizens in many Latin American nations occupied streets last year against government austerity measures and corruption and a major wave of discontent swept the United States this year. Yet, do protests ever really change anything, politically or socially? What role does culture play in how people organize for societal change?


For more information on this event, please visit https://global.tulane.edu/social-movements-and-protest-student-lives